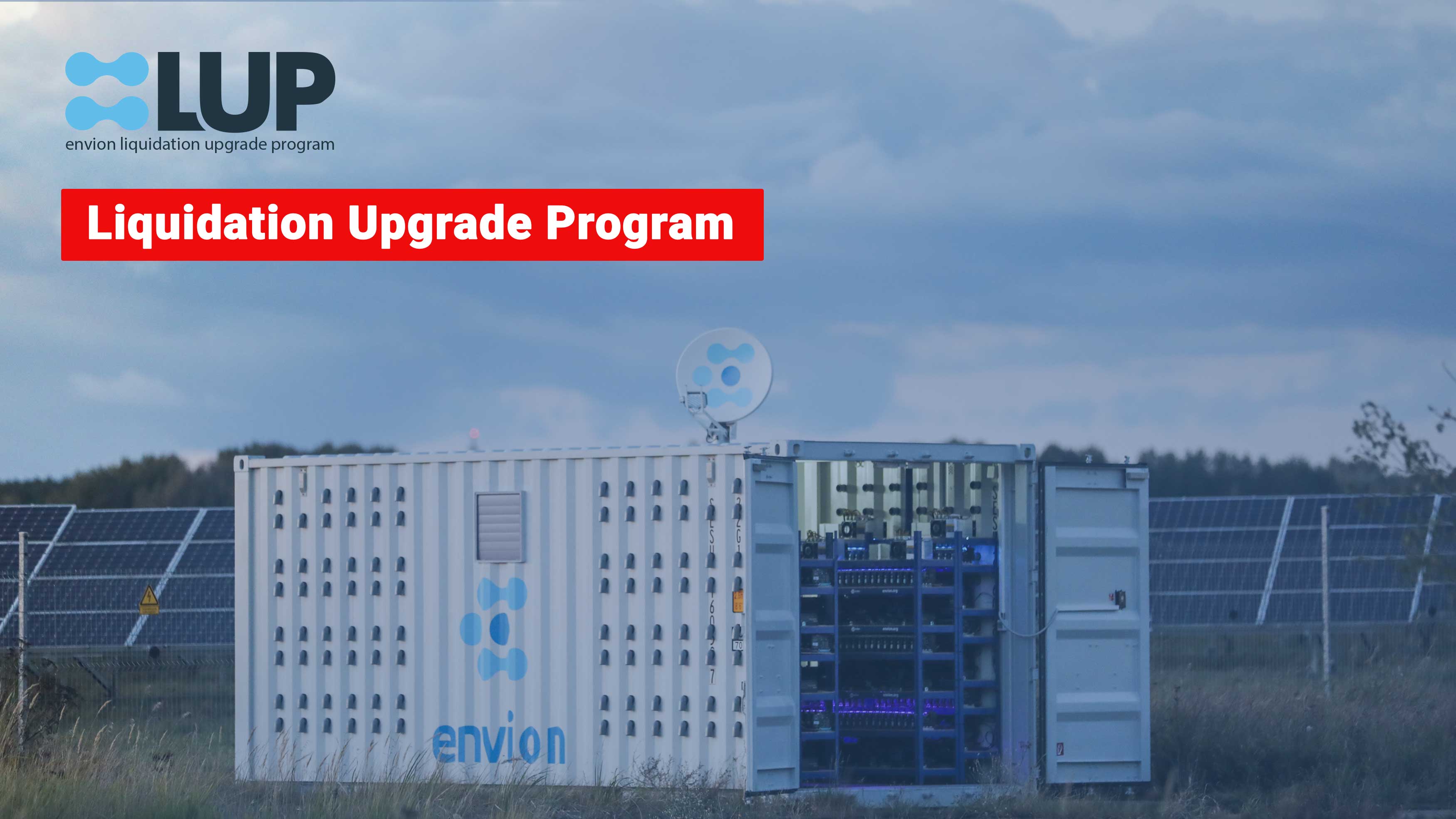 Proceeds from envion’s liquidation and damages lawsuits will be paid to token holders via the independently-managed Liquidation Upgrade Program.

FOR IMMEDIATE RELEASE.
September 30, 2019.  BERLIN — The founders of Swiss cryptocurrency mining startup envion AG have announced they will donate proceeds from their involvement with the company to the Liquidation Upgrade Program (LUP), an independently-managed foundation which will distribute the donated funds to its members.  The announcement comes after Berlin’s high court (Kammergericht) confirmed an injunction against the ex-CEO Matthias Woestmann and the majority shareholders who illegally took control of the company after envion raised $100 million in an initial coin offering (ICO).

Berlin’s high court stated (case number 90 O 38/18) that the joint actions by Woestmann and long-time friend Thomas van Aubel show an extraordinary recklessness which are contrary to the accepted principles of morality and therefore unlawfully diluted the claim for a majority shareholding position by Trado GmbH, the company representing the founders. The judges dismissed the 2nd and final appeal, ordering Quadrat Capital GmbH and Sycamore GmbH to pay the founders’ legal fees as part of the ruling.

Envion AG is currently undergoing a liquidation process as a result of the actions by the former CEO Matthias Woestmann who effectively stopped operations, hobbling the company and preventing any returns for the over 35,000 investors. Attempts made by Woestmann to sell the company were blocked and Woestmann has been removed from the board and a liquidator being appointed.  Sycamore GmbH, the new majority owner led by Berlin lawyer Thomas van Aubel and his wife Jutta Freifrau von Falkenhausen, have been on the losing end of numerous court hearings brought on by Trado GmbH.

Anyone possessing tokens issued by the company during an initial coin offering in 2018 and deemed eligible by the liquidator as claimants in envion’s liquidation is eligible to join and receive payments in addition to funds dispersed by the liquidator.  Several million dollars are expected to be paid to those who acquired tokens during the company’s ICO or afterwards from cryptocurrency exchanges.

The foundation will be managed by an independent trustee, Peter Schott Ghyssaert Aceves. Mr. Schott has held executive positions at companies in the real estate and banking sector over the course of a 3-decade career in the German finance industry.  He will steer operations by the foundation including representing its members during envion’s liquidation proceedings currently underway in Switzerland.  Envion’s founders will not have any role managing the foundation but they will support the trustee where possible.

Membership in LUP is free and envion token holders can join via the foundation’s website at www.liquidation-upgrade-program.org. LUP will provide other services for members including providing regular updates on the liquidation proceedings and assistance to members by giving general information on when and how claims could be filed with the liquidator.

Joining LUP does not incur any risks or disadvantages for its members. LUP membership assures that the voice and vote of every envion token holder is heard and used to achieve their best interests: maximizing the payout per token in the liquidation. Additionally, members have the possibility of getting an extra payout from LUP.

“The founders believe an independent entity with no ties to envion is best capable of bringing trust back to the envion community. The Liquidation Upgrade Program is our response to the frustration we’ve heard from members of our community who have been hurt financially and who are to be given an easy way to maneuver in envion’s legal proceedings,” said envion AG founder Michael Luckow. “LUP allows us to make good on our stated intention that the founders not profit from the unfortunate situation created by Woestmann and his accomplices and we are grateful for the trustee`s leadership and initiative.”

In addition to signing an agreement with the trustee and the Liquidation Upgrade Program, the founders have also filed an appeal challenging the findings of an investigation conducted by the Swiss financial market regulator Finma.

“I’m here to serve the envion community by representing the interests of all token holders.  LUP will work towards the best possible outcome which returns the most money to envion’s supporters,” said Liquidation Upgrade Program Managing Director Peter Schott Ghyssaert Aceves.

Envion’s founders received information from the court. THE FOUNDERS WON!