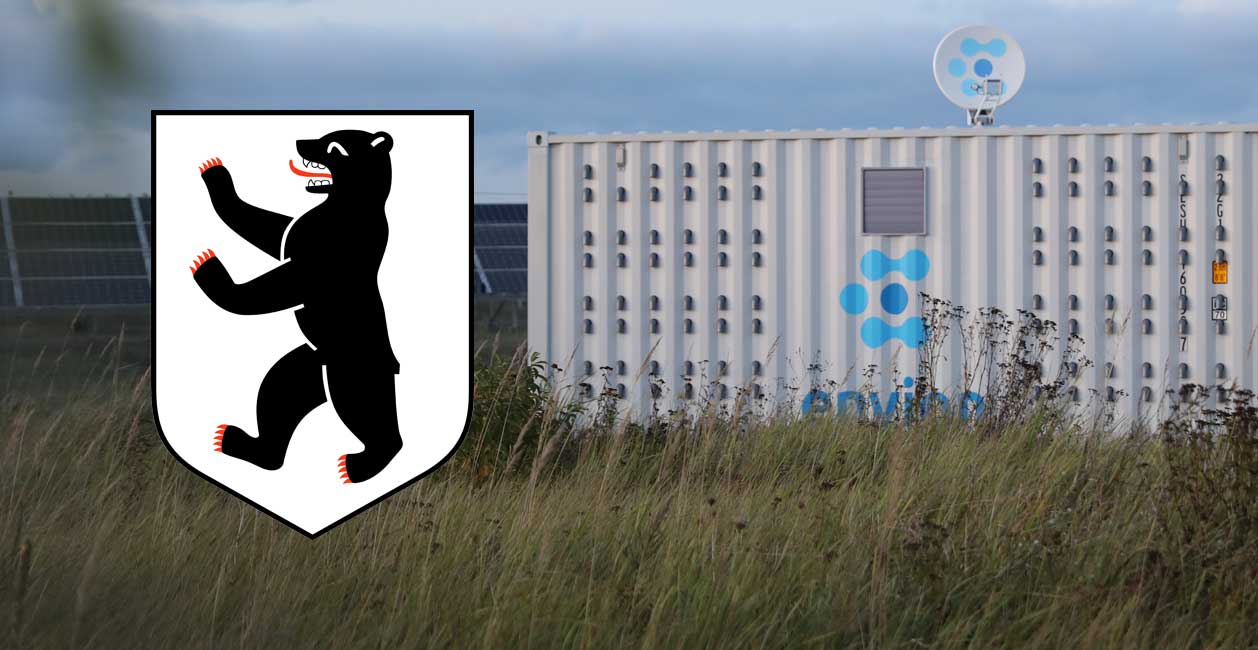 June 6, 2018. BERLIN — Matthias Woestmann and his business associates, through their investment vehicles Quadrat Capital and Sycamore GmbH, yesterday received a striking blow from a Berlin judge in a ruling that may be the first of many setbacks for the current majority owners of Swiss blockchain infrastructure company Envion AG. A preliminary injunction filed on behalf of Envion’s founders – led by Michael Luckow through the founders’ company Trado GmbH – who claim rightful ownership of Envion, was granted on Tuesday, June 5th, 2018.

Actions taken by Woestmann and the others follow a pattern used with previous companies involved in scandals across Germany. Evidence seen by the Berlin court was sufficient for the judge to rule that Envion shares cannot be sold or traded to any 3rd party. The ruling further forbids Envion’s unlawful shareholders from transferring or debiting any of Envion’s assets. Envion’s founders have stated that they will continue to file lawsuits in both German and Swiss courts until their majority is restored. The next court date is scheduled for June 21st.

The owners of the two holding companies (Quadrat Capital GmbH and Sycamore GmbH), Matthias Woestmann, Thomas van Aubel, Jutta Freifrau von Falkenhausen, and Dinnies von der Osten, have a history of profiting from investments in companies that fail spectacularly and under suspicious circumstances. They and their associates are linked to a long list of companies involved in some of Germany’s largest financial scandals, including IGB, Balda (renamed to Clere), Q-cells, and Solon.

Mistakes made while executing the takeover of Envion, which raised $100 million in an ICO in January, may keep Envion from being their latest victim. Instead of a legal corporate takeover, Woestmann violated a contract which explicitly forbade him from actions compromising the majority ownership of the founders. Woestmann’s inaction since the takeover has resulted in millions of dollars in lost dividends for investors and the founders being blocked from operating the company.

“Woestmann’s serious missteps now threaten to bring his and his confederates’ house of cards crashing down because he illegally created extra shares via an unauthorized capital increase which he then gave to Sycamore,” said Michael Luckow, one of the founders of Envion who have taken legal action against Woestmann and his associates.

Speaking to Swiss news service SWI, Woestmann did not deny charges that his actions were illegal when he diluted the founders’ shares. Envion investors reported that he admitted his guilt in a call on May 28th which was widely discussed within the Envion investor community, stating that he expected that he would be found guilty and would be liable for damages.

When solicitations distributed by Woestmann for bids to buy Envion were attained by the founders, they moved quickly to file the court injunction. Documents show Woestmann attempting to sell Envion for use as a “holding structure for new businesses to separate Envion (sic) balance sheet from profitable businesses” and advertising that the “existing investor base can be used for all kinds of [other] business models” apart from the business that investors supported with $100 million.

Trado GmbH holds the founders’ shares in envion AG, a German-Swiss company that has developed a disruptive datacenter concept for crypto mining: a system of container-based mobile units that can be deployed right at the source of energy, either at the solar photovoltaic (PV) park or the power plant, providing the required flexibility for today’s energy markets. Information about Trado and envion’s founders can be found at www.envion-founders.org.