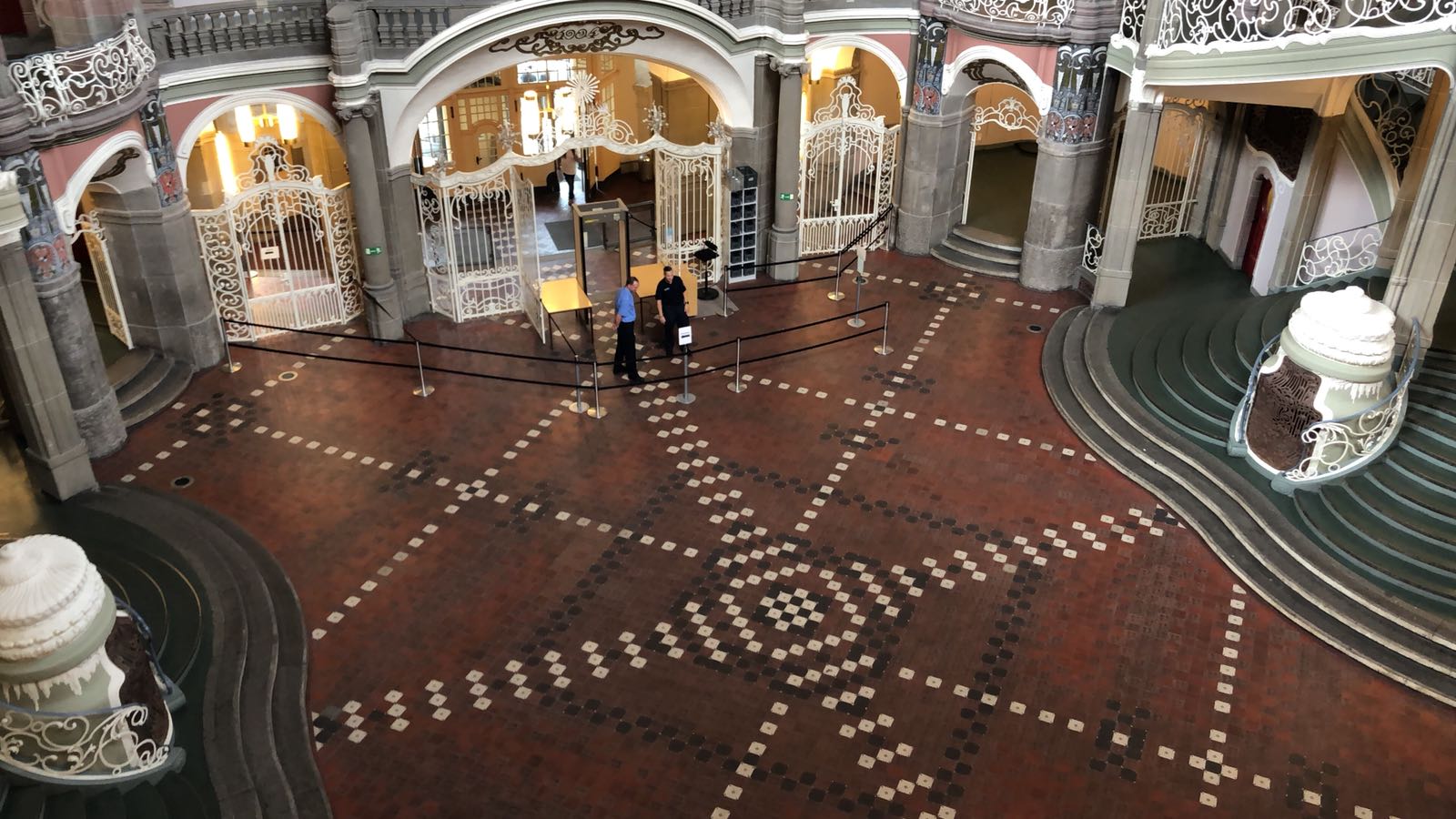 June 21st, 2018. BERLIN – The legal team defending envion’s majority shareholders, Quadrat Capital and Sycamore GmbH, were caught by surprise at a Berlin court proceeding over charges that CEO Matthias Woestmann illegally took majority control of Swiss-based envion AG from its founders. Investors and witnesses packed the courtroom, sitting alongside the company’s founders—plaintiffs in the case represented by their company, Trado GmbH—but conspicuously absent were any members of the defense.

Court proceedings were interrupted by laughter when lawyers for the defense attempted to prevent documents from consideration, dismissing them as “scribbles from the internet.” They were apparently unaware that the documents under discussion were an official investor newsletter from the CEO and a press release published by envion AG, both released a day prior to the hearing. News that the documents came directly from their clients left the lawyers blushing amid chuckles from the court benches.

Woestmann and Sycamore’s co-CEOs, Thomas van Aubel and Jutta von Falkenhausen, were not present to testify for their own defense. In their absence, the published documents expose a defense based on a fabricated legal construct and prove a critical point for the founders. The press release states that ,“Already in late February 2018, suspicions arose that more than 20 million tokens more than authorized by the prospectus had been created and distributed.”

The public record in the Swiss business register shows otherwise. The illegitimate capital increase took place on January 21, 2018, immediately after envion closed an Initial Coin Offering (ICO) which raised $100 million from over 30,000 investors. The capital increase took place approximately one month before the alleged suspicions reported by Woestmann, van Aubel, and his wife Jutta von Falkenhausen.

Envion’s latest press release brazenly admits that Matthias Woestmann and friend Thomas van Aubel planned and carried out a coup-like takeover of the company. In the process, CEO Matthias Woestmann diluted shares held by the founding team, led by Michael Luckow, from 81 percent to 31 percent. Woestmann admits in his newsletter that the unjustified capital increase—which was concealed from major shareholders and founders—only served to destroy the founding team’s voting majority. Thomas von Aubel and his high-society wife, Jutta Freifrau von Falkenhausen, now hold the majority of envion’s shares (61.5 percent) via their company Sycamore GmbH.

The founding team claims that the breach of contract and subsequent failure to operate the business inflicted serious damage on envion AG and its investors totaling many tens of millions of dollars in losses.

Luckow argues that, “Van Aubel and his wife, Jutta von Falkenhausen, are clearly behind the envion coup. Woestmann is just a henchman, a lackey. Woestmann finally admits in his press release precisely what van Aubel tried to cover up—even in court—that van Aubel had the company hijacked by his friend Matthias Woestmann at the expense of investors who have now lost a lot of money. Woestmann and van Aubel have thereby destroyed a lot of investors’ capital.”

These facts laid bare in the defendant’s publications were not lost on the 3-judge panel of the district court who spoke during the proceedings of “collusion behavior by the two managing directors [Woestmann and van Aubel].”

Woestmann had previously claimed that the founders had illegitimately generated millions of tokens for themselves. Originally, he claimed the number was 40 million tokens, but that number has been whittled down to a claim of only 20 million tokens. The alleged creation of these tokens was offered as justification for carrying out the illegal capital increase from which van Aubel and von Falkenhausen profited.

“This is the highest degree of self-contradiction. Woestmann uses an overproduction of tokens to justify the breach of contract and unlawful capital increase in January 2018, but which he claims in his press release to have learned about in February. It makes no sense. Woestmann would smoothly defy Einstein’s space-time continuum with a move like that. It’s just the latest in a series of changing justifications from Woestmann and van Aubel.”

“I’m not aware of that,” responded the visibly-irritated attorney Dr. Saskia Au from van Aubel’s law office when presented with her client’s press release. She offered no explanation for the changing number of extra tokens nor why the defendants avoided the hearing. The judges’ ruling is expected Friday June 22nd.

April 2nd 2019.  BERLIN — The founders of envion AG strongly oppose the findings of an…