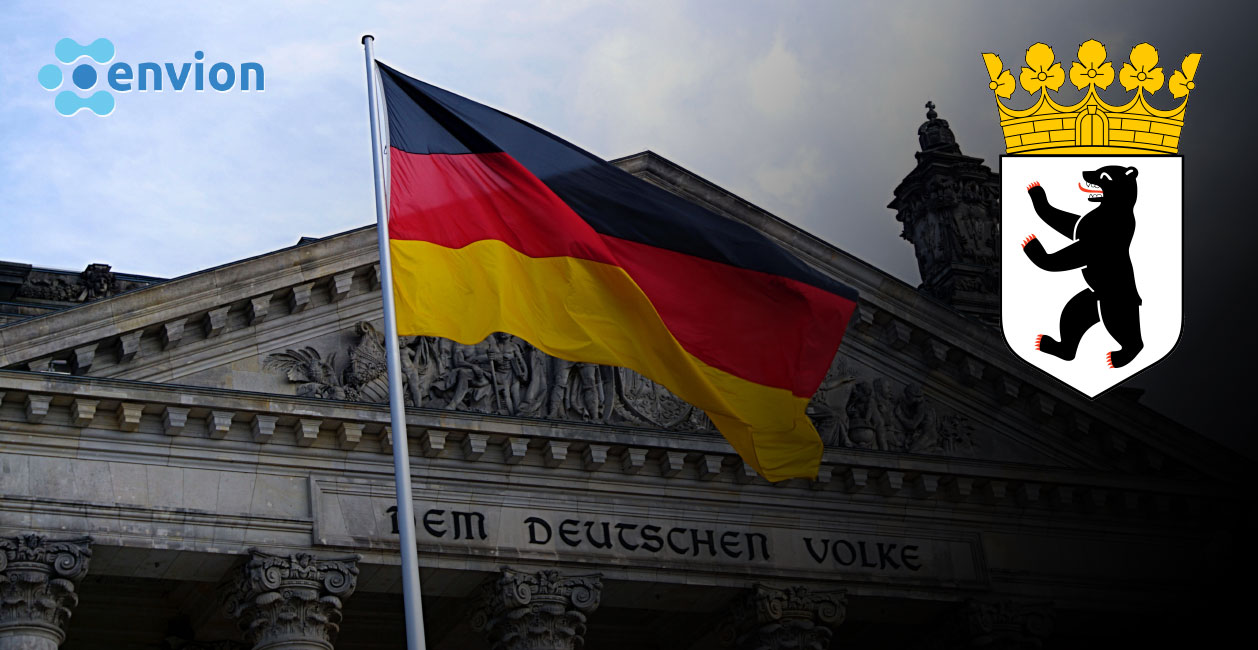 July 10, 2018. BERLIN — Matthias Woestmann, CEO of Swiss crypto-mining company envion AG, has been hobbled by a Berlin court’s sweeping judgement preventing him from making business decisions without approval from the company’s founders.  The decision stems from a June 21st hearing for an injunction won by the founders’ company Trado GmbH against majority shareholders Quadrat Capital GmbH, led by Woestmann, and Sycamore GmbH, led by co-CEOs Thomas van Aubel and Jutta Freifrau von Falkenhausen.  The court further confirmed the dilution of the founders’ majority ownership resulting from a capital raise executed by Woestmann was an illegal breach of contract, calling van Aubel and von Falkenhausen’s complicity both “immoral” and “especially reprehensible.”

“This judgement is an important victory for the founders as well as for envion’s investors,” says Michael Luckow who has publicly represented Trado and the founding team’s interests since the injunction was filed in early May.  “Anyone who thinks they can do business with envion while Woestmann is CEO needs to be aware of the risk that no deals will be valid unless the founders have given our prior approval.”

Berlin’s District Court judges ruled that Woestmann acted with “malicious intent” when he broke a contract between his company Quadrat Capital and Trado signed at the time of the envion’s founding.  Envion went on to raise $100-million-dollars in an Initial Coin Offering (ICO).  The agreement stipulated that Woestmann’s Quadrat would hold shares owned by the founders’ company Trado representing 81% ownership of the company and explicitly forbade any actions threatening their majority ownership or voting rights.  Woestmann held the remaining 19% and was to return the founders’ shares before the end of the ICO in January 2018.

Woestmann instead carried out an illegal capital increase without the founders’ knowledge which diluted their ownership down to a 31% minority share.  New shares created via the capital increase were given to Sycamore GmbH, a company owned by Woestmann’s longtime friend Thomas van Aubel and his wife Jutta Freifrau von Falkenhausen. The judges ruled that van Aubel and von Falkenhausen “knowing acted illegally by receiving shares” and share responsibility for the serious consequences to the founders.

In addition to ruling that Woestmann committed a “clear breach of duty” against the founders, the judges rejected the justification Woestmann presented to the court in his defense.  His false claim that the founders illegitimately created extra tokens was not accepted by the three-judge-panel.  The judgment published by the court states that the existing number of tokens corresponds to the specifications of the investor prospectus, thereby confirming the founders account of the matter.

The judge’s decision invalidates Woestmann’s entire public campaign of false accusations aimed discrediting the founders which he spread via newsletters, media interviews, and a hastily launched website.  The “40-million token fairy tale”—as it’s known to envion’s investors—was meant to justify the capital increase and undermine the founders’ credibility, but now represents a further liability for making false statements about the founders.

The judgement states that Woestmann violated his contractual obligations to the founders by increasing the company shares “without consent” from the founders, damaging the interests of the company and its investors with a share price well-below a valuation pertinent to envion’s ICO success. “The capital increase weakened the economic content of their shares.  This follows from the fact that they lost their majority stake and with it the majority required by section 12 of envion AG’s by-laws to make decisions [for the company].”

A further breach of contract was established as a consequence of Woestmann’s failure to inform or obtain approval from the founders for his capital raise.  “The breach of contract is not justified because Woestmann believes the capital increase was carried out in the interests of creditors and investors and that the plaintiff (founders) allegedly withheld the proceeds from the ICO without reason . . . .  Irrespective of the fact that defendant  #1 (Woestmann’s Quadrat Capital GmbH) has not credibly established business-damaging behavior on behalf of the plaintiff (founders), a capital increase without prior notice and behind the back of the plaintiff is not justified,” states the opinion of the court. The court therefore grants the founders “a right to injunction against all debits or other activities [which] could have an economic impact on the plaintiff’s shares held in trust.”

The court issued a stinging rebuke to Woestmann’s friend Thomas van Aubel and wife, Jutta von Falkenhausen, who are now the illegitimate majority shareholders through their company Sycamore GmbH.  The judgement determined that Van Aubel knew the capital increase was unlawful, stating, “This was obvious.”  He and von Falkenhausen “deliberately inflicted damage in a manner contrary to common decency” by acquiring the illegal shares.

“The defendant caused this damage in an immoral manner.  Behavior that violates the sense of decency of all proper and just thinkers in terms of content and overall character is objectively immoral, i.e. incompatible with the fundamental values of the legal and moral order.  There is especially reprehensible behavior [already determined by the court, in which Sycamore] entered into a legal transaction violating clear contractual provisions between the plaintiff (founders) and the defendant (Woestmann/Quadrat Capital) and thus, in cooperation with the defendant, intentionally harmed the plaintiff.”

Envion co-founder Michael Luckow explains, “We understand the assessment made by the court to be the basis of a claim for damages against both Woestmann and van Aubel for the harm to investors as well as envion’s founders.  The court has clearly stated that we have suffered damages resulting from their actions.”

Founders sue Envion CEO Matthias Woestmann’s Corp. for world’s first analogue ICO hacking
Read More
Copyright Trado GmbH 2020 - All Rights Reserved
Back To Top
×
We use cookies to ensure that we give you the best experience on our website. If you continue to use this site we will assume that you are happy with it.Ok